Hue was the former grand capital of Vietnam, and nowadays, the city radiates with history, culture, and delicious cuisine. Travelers usually follow a regular tourist route exploring the Imperial City, partying at the pub street, and exploring bustling markets near the Perfume River. In my opinion, Hue is a beautiful city, and you can learn a lot about Vietnamese history, but the number of tourist crowds slightly kills the vibe. Looking to explore a bit off-the-beaten-path? Head over to Ho Thuy Tien Abandoned Waterpark in Hue.

Exploring abandoned sites gives me weird goosebumps, partly because of history, partly because of a creepy vibe. Located about 10 km south from the city’s center, Ho Thuy Tien waterpark was a very bizarre and fascinating experience during our Vietnam motorbike trip. It’s officially closed to visitors, but money in Vietnam can get you far. We’ve witnessed pretty creative schemes locals and guards are pulling to extract money from tourists. After a bit of hesitation, and us trying to find a different way through the surrounding forest, we’ve finally made it to the park.

Getting to Ho Thuy Tien Waterpark

Locating the park was the easy part – everyone knows about it, but getting into the park was a tricky one. People share mixed experience while getting in the park, as well as I. I’ve been exploring the park in 2018. and once in early 2020. The first time, it was a bit tough to get in, but after trying to find another way through the forest, and failing, we managed to bribe a guard (100.000 VND for three people) to get in.

Arm yourself with knowledge: Avoid these 36 most common scams in Vietnam

The second time wasn’t possible to get in. We tried to bribe a guard, but nothing worked. One guy who was getting out of the park showed us an alternative way, and the guard spotted us there and started yelling at us. My girlfriend tried to negotiate with him (she is Vietnamese), but the guy started to be aggressive and yelled at her, so we figured out it’s not our day.

Anyway, I hope you’re luckier than me, and you’ll get to the park without the problem.

Here’s the location of the park on the map, and you can directly set navigation to reach it:

Also, here’s the screenshot with a detailed explanation:

Get out of the city until reaching Thuy Tien Road. Continue driving until you see a small security outpost. Arm yourself with patience, and don’t move away if the guard starts yelling at you. Learn how to say a few numbers on Vietnamese, so you can negotiate directly with him. Just be persistent, and he should eventually let you in.

The alternative entrance is an easy bet as there is no security guard there, and you can easily sneak in with your bike. We didn’t have luck as at the time we sneaked in; the security guy saw us as he was driving around the park.

Once in the park, I’ve felt a rush of paranoia as you’re playing cat and mouse with the guard, but after a while, you understand that 50.000 VND can solve every problem. 🙂

Okay, so now you know how to get in the park, so hopefully, it’s your lucky day, and you’ll have a chance to explore the beauty of Ho Thuy Tien waterpark.

If you’re driving a bike, luckily, you can park the bike next to a small local shop overlooking the dragon.

Why the park is abandoned?

In short, Ho Thuy Tien waterpark was an enormous and ambitious project that only partially seen the lights. The park supposed to be the largest waterpark in the region featuring windy slides, a massive lake, thematic parks, swimming pools, and an enormous dragon overlooking the lake. Company Hue Tourism was managing the development, and the budget was set to a whopping $3 billion VND. The developers postponed the opening date time after time, so the local government decided to announce the opening in 2004. while the park was only partially completed.

The park has never seen the full competition, and the developers ran out of the money in 2006. Seven years later, the company named HACO bought the park and planned to create an innovative idea – eco-tourism site. However, it never has seen the light either, and since then, the park stays abandoned.

The story touches the home, like many projects in Croatia, due to budget mismanagement and corruption. Anyway, on our fortune or misfortune, we have a beautiful yet creepy place to discover.

Things to Do Around the Abandoned Waterpark

If you get in by the motorbike, you’ll have a lot of fun. There is a concrete path leading to the Dragon, but also you can do a nice off-road driving around. It was amusing and refreshing to try our bikes without sharing the road with a thousand people.

Don’t worry if you forget drinks or snacks as there are sellers in the park where you can get your refreshment. Also, you can park a bike, and these ladies will watch it for you. Be cautious as we heard stories where people got their bikes or parts stolen.

Head over to Dragon that sits in the middle of the lake overlooking the abandoned structures and lush nature. You can climb to the Dragon’s head and enjoy the view. Be careful as there are much trash, glass, and debris inside the Dragon and around the park. Wear shoes to avoid injuries.

BE CAREFUL: Oh, not to forget – some people claim there are crocodiles in the lake. We’re not sure if that’s a fairytale or a real story, but here’s the video from 2014. proving some crocodiles were residing in the park:

Here are a few photos from the park to give you the feeling of how it looks like:

Bonus one – teachers will know! 😀

Have you ever been to the abandoned waterpark in Hue? Don’t hesitate to share your experience below. 🙂 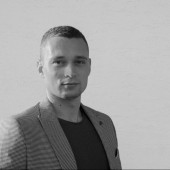 2 Days in Hanoi Itinerary – What to Do and Where to Stay?